Our Webshops
Home
How do you control hazardous energy?

How do you control hazardous energy?

Lockout-Tagout-Tryout (LOTOTO) is a method of controlling and monitoring hazardous energy for machine safety applications, which is used in intervention and maintenance tasks. In particular, work where the machine must be dismantled or where the risk reduction measures must be removed to be able to carry out the task.

How do you control hazardous energy?

Although LOTO is a popular way to control hazardous energy and is even a requirement under OSHA regulations in the US (see OSHA 29 CFR 1910.147), it remains in effect an administrative control, knowing that it is the lowest rung on the hierarchy of control.

LOTO relies on employees to carefully follow procedure in what can sometimes be a complicated, multi-step process to isolate energy sources and remove residual energy before carrying out the work. As a result of this complicated and sometimes drawn-out process, staff may skip steps or not follow the procedure at all, accidentally or otherwise. With most LOTO procedures, there is no guarantee that the procedure will be followed correctly every time, no matter how much training is provided or how great the threat of disciplinary action).

The use of Mechanical Interlocks to enhance a LOTO procedure assures both personnel and their supervisor that all energy sources have been isolated and all residual energy properly dissipated before access to the hazardous area is possible, and they can be reassured that the process cannot be reversed while someone is working within the zone.

The American standardisation body ANSI therefore proposes in ANSI/ASSE Z244.1 2016 (Annex T) and BS 14100 (clause 6.3.2) to strengthen a LOTO programme with a Trapped Key System as it makes the process more coercive, forming a mechanical link between the guard’s access locks and the isolator, thus reducing the risk of human error that could lead to unexpected start-up.

1. Forced contacts via a toothed key mounted on the shaft.
This method can work on units that are small enough to allow the enclosed key to be driven directly.
E.g. a key switch for electrics or liquids where the key is not released until it is in the off position.

2. A cam mechanism with a locking module when the flow is too large to be operated with the key locked.
E.g. a switch control unit that allows a key to be released only when the power source is switched off, or the use of a latch module to retrofit an existing isolation or fluid valve.

Once the key has been released from one of these isolation devices, a Lockout-Tagout padlock can be fitted either directly on the isolation device or on a cover over the keyhole that can be closed with a padlock.

In very simple applications, the released key can be used directly to open a door lock and gain access to the hazardous area, knowing that while the door is open, the key is locked in the door lock and therefore cannot be used to turn the power back on.

More complex systems have a key exchange unit required to receive keys released from different energy source isolators. Only when all energy sources are isolated can one or more access keys be released, depending on what is needed to perform the task.

Again, when doors are open, the access keys are locked and no isolation key can be released to turn on the power until each door has been closed and locked and the key has been returned to the control centre.

It is, of course, possible to build a more complex logic into the system, requiring more steps.

On our webshop lockout-tagout-shop.com you will find a selection of our range of lockout products, including padlocks, padlock multipliers, locks for various electrical and mechanical hazards.

The difference between proactive and reactive inhibit functions

Inhibit functions should be implemented anytime someone could be unnoticed or unobservable in a protected area.
Read more ...

Choose the right parts for machineguarding

To safeguard or not to safeguard? Or more precisely: use a physical or...
Read more ... 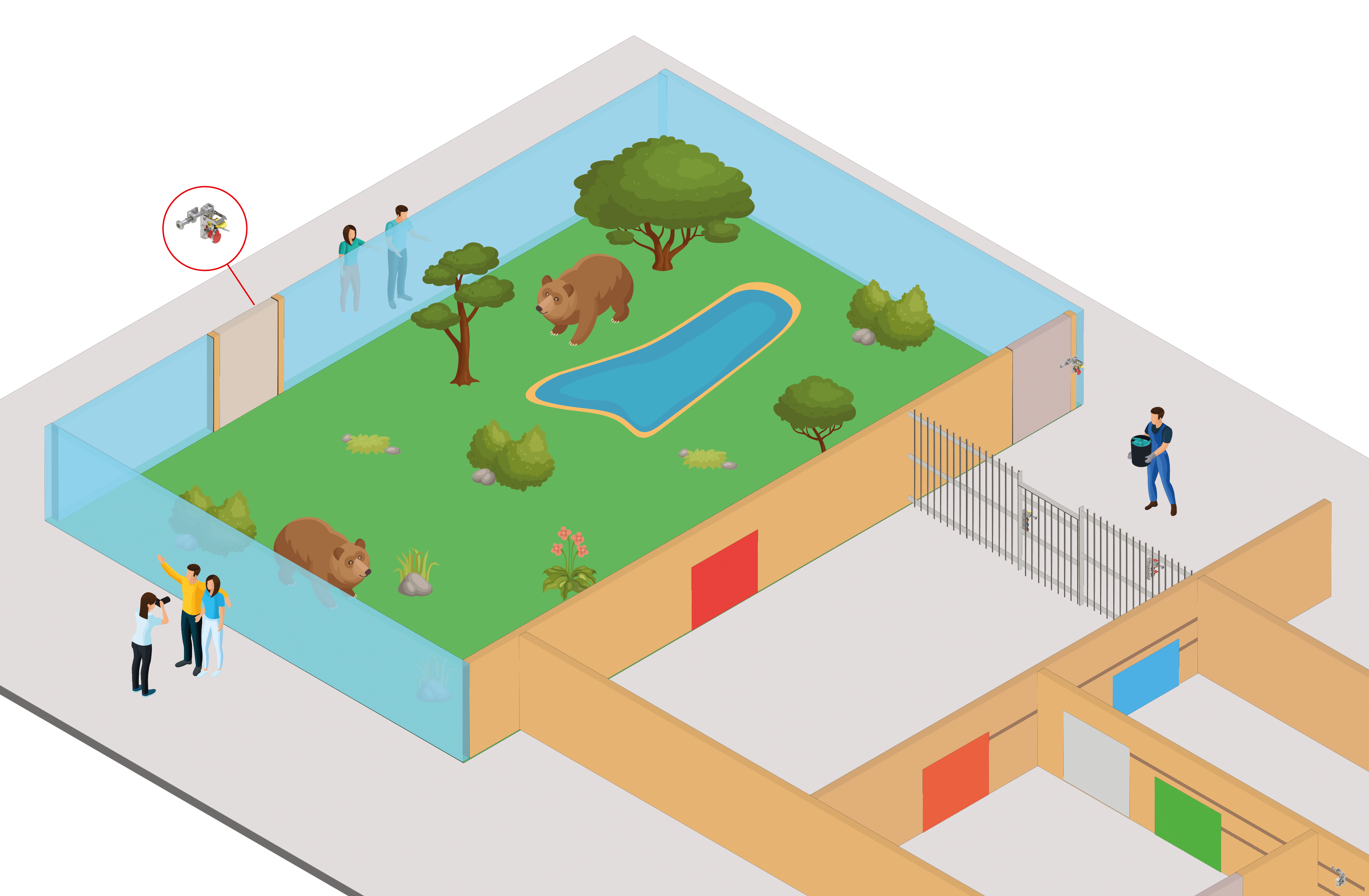 Safeguarding a bear enclosure at the Zoo To ensure the safety of animals, as well as visitors and caretakers, and to prevent breakouts, Amersfoort Zoo 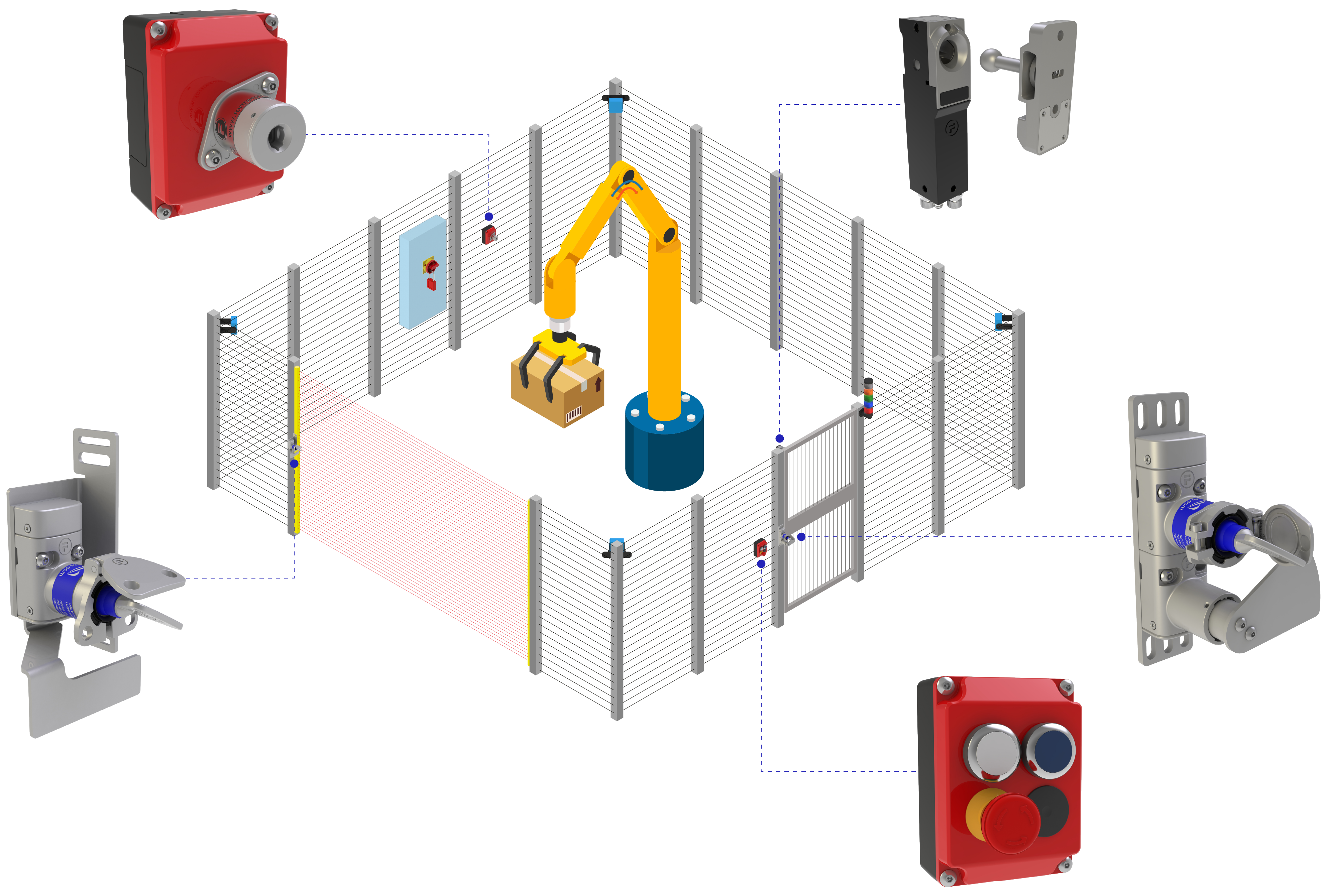 Prevent an unintentional machine restart and entrapment in the safeguarded area.

We are
here to help

Contact one of our technical specialists or sales engineers

For all your questions about our products and services, please fill in the form below (response within 1 working day).

How can we help you?
Need advice